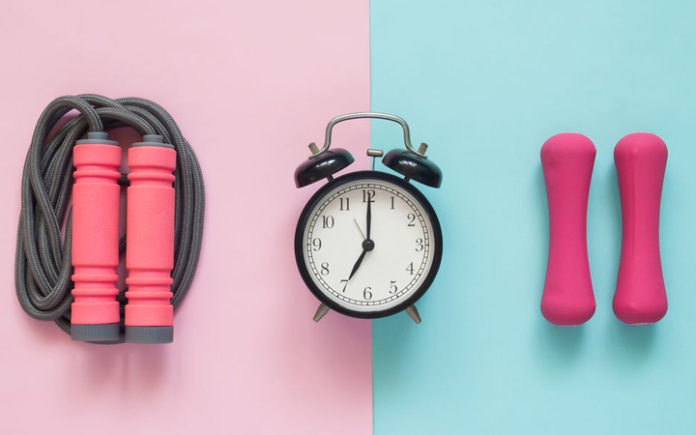 The term “fast/slow metabolism” is commonly used to describe the number of calories a specific organism is capable of burning on its own. When you put it like that, it is easy to understand how a person’s metabolic rate can have a direct influence on weight management: people with a fast metabolism will be less prone to putting on weight, while the ones with a slow metabolism will face the opposite scenario.

Several factors can directly impact your metabolism, either speeding it up or slowing it down. If you recently put on some undesired weight, or if you are trying to slim down, these are eight behaviors that could be the cause of your weight gain or that may be making your weight loss process harder!

Your sleeping schedule and the quality of your sleep have a huge impact on your health and well-being. Sleep deprivation happens when someone isn’t getting the amount of sleep necessary to feel energized and alert.

Metabolic dysregulation is among the dangers of lack of sleep. This disorder occurs because the lack of sleep causes a hormonal imbalance that interferes with the metabolism, thus slowing it down.

2. Spending too much time sitting

Whether it’s behind an office desk for 8 hours straight (and in the car while commuting to and from work), or in the home sofa watching Netflix or playing videogames, modern life makes us spend too much time sitting around.

Researchers discovered that when sitting for prolonged periods, the human body gradually decreases the production of lipase, an enzyme that helps break down fat. Make sure to stand up to walk and do a few stretches at least once every hour.

3. Drinking less water than you should

Drinking water is a habit that should be entrenched in your daily routine, and not something you do just to avoid dehydration. Besides all its well-known benefits, drinking the recommended daily amount of water can also increase your metabolism and help you burn calories naturally. A study published in the Journal of Clinical Endocrinology and Metabolism stated that drinking at least half a liter of water can speed up your metabolism up to 30%. That increased rate will last for at least an hour.

We often use the term jet leg to refer to the feeling of unease and tiredness resulting from air traveling between countries with different time zones. This condition is a direct result of alterations to the circadian rhythms – a process that regulates your sleep cycles, and that strongly influences metabolic processes.

Social jet lag – having different sleeping and eating patterns throughout the week (due to working shifts, for example) – can also upset your circadian rhythm. Obesity and diabetes type 2 are some of the potential consequences of frequent disruptions of circadian rhythms.

The fastest way to burn calories is through physical exercise. Cardio is a great option to create the calorie deficit you need to lose some weight. Still, although it increases your metabolism immediately after you finish your exercise, the increased rate won’t last long. To speed up your body’s metabolism for longer, make sure to incorporate in your workout plan or strength training exercises.

Following a healthy diet is a key part of accomplishing a healthy lifestyle, but is especially important for those wanting to achieve a much-desired weight loss. There are a few dietary habits that could impact your metabolism and slow down its capacity to burn calories.

Lack of protein: protein has a higher thermic effect than carbs or fats, which means that foods high on protein are harder to process. In other words, the energy your body dispenses to digest the calories ingested will necessarily be greater, thus also burning more calories in the process.

Lack of calcium: among other things, calcium is important for regulating your metabolism. Make sure you are consuming the recommended dietary amount for a healthy adult of 1,000 mg of calcium.o Weird eating schedules: you should eat all your meals more or less around the same hour every day.

Creating a habit is the only way to ensure that your body knows when it is going to be fed, thereby avoiding any disruption to the circadian rhythms we mentioned earlier. Skipping breakfast could also be problematic.

Your metabolism slows down during the night while you are asleep. The first meal of the day sends a message to your metabolism, letting it know that it can start speeding up because it will have many calories to burn during the day.

Eating too much for dinner: you probably have already heard that it is not recommended to eat large portions of food for dinner. A study published in 2013 compared the results of a weight loss diet with high caloric intake during breakfast vs. at dinner and found that those who consumed the most caloric meal at breakfast lost 2.5 times more weight than the others. The reason behind this fact is still unclear, but eating a light dinner can surely help you lose some weight.

When you are stressed, it means that your body is producing more cortisol (also known as the stress hormone) than necessary for optimal balance. This unbalance will compromise the metabolism, causing the body to enter in a kind of “survival mode:” it will store calories as fat instead of burning them as energy. This happens because our brain can’t yet distinguish between a metabolic imbalance caused by insufficient food and caused by stress, so it triggers the same response.

8. Setting your thermostat to a high temperature

If your room temperature is always at around the 75ºF mark, you may want to turn that down to something like 60ºF, especially during the night: you will help your body burn more calories while you rest. A study published in the European Journal of Clinical Nutrition back in 2002 found that the sleeping metabolic rate on humans is higher when the ambient temperature is lower. 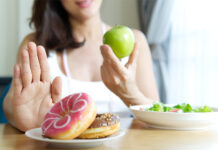 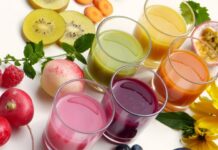 5 Ways Smoothies Are Ruining Your Diet? 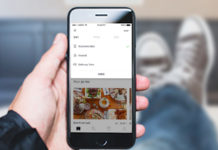