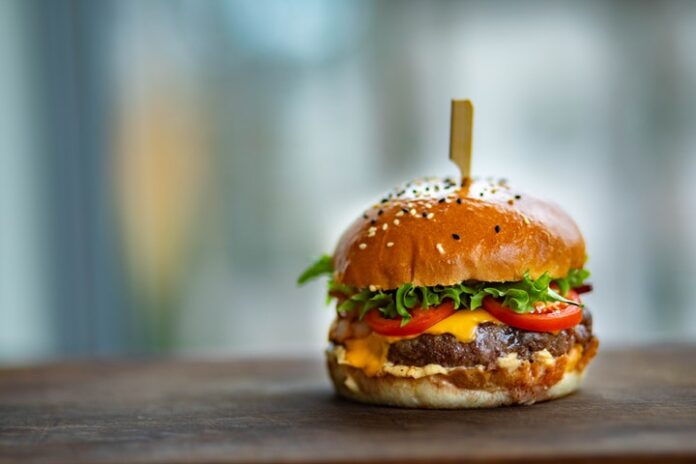 Photo by Valeria Boltneva from Pexels

Healthy eating is one of the most discussed topics everywhere: from social media to TV stations, and even in your inner circle of close friends and family, you probably have someone who strongly advocates for healthy eating habits.

But the truth is that sticking to a healthy eating plan takes a lot of effort and commitment. The lack of these two key factors is probably the main cause that leads people to resort frequently to fast food.

It’s easy, relatively cheap (especially when compared to other restaurants labeled as healthy), and tasty. When taking a bite from a delicious hamburger from a fast-food company, you probably already thought to yourself with your mouth full of that tasty mixture of ingredients: “I could eat this fast food every day.” And technically yes, you could.

But what would happen to your body? And how long would it take before you start noticing the effects of such an unhealthy diet? Fortunately, you don’t have to do it yourself to find out as other crazy people have already done it. The following is what you can expect from a diet solely based on highly processed and caloric food, such as the one served at fast-food restaurants!

when you eat fried food regularly, you are constantly ingesting trans-fat. The medical community agrees that this is the worst type of food you can eat. It will simultaneously increase your bad cholesterol levels (LDL) and decrease the good one (HDL).

Fast food is so rich in sodium (commonly known as salt) that it won’t take long before your blood pressure rises to alarming levels. It will also affect your kidneys, arteries, and brain.

Do you know what the major causes of heart disease and stroke are? That’s right, high blood pressure and cholesterol. That’s a very dangerous combination for your health.

French fries and burger buns are very high on carbs, which may lead to acne. Your skin will definitely suffer the effects of fast food.

Logically, the fact that fast food is highly caloric will lead to an increase in weight. We hope this is not new information for you. Weight gain will probably be the first effect you will notice.

In addition to fattening up and increasing your body circumference, this weight gain will also interfere with your breathing. Obese people tend to struggle with shortness of breath, which can be so serious as to prevent them from doing some tasks that require greater physical availability.

In some cases, fast food can cause frequent insulin spikes that can eventually lead to type 2 diabetes.

We already talked about how sodium can affect your heart condition and increase the risk of stroke. But it can also retain water, which will cause this feeling of bloating and puffiness.

The already mentioned carbs combined with the high amounts of sugar present in fast food menus (mostly because of the soda) produce acids that can eventually cause dental cavities.

Did you know that ingesting high amounts of sodium could also increase the risk of headaches? Well, now, you do. Consuming too much salt will raise blood pressure, so your blood vessels will have to expand to accommodate more blood. Sometimes this can trigger a headache.

Eating fast food daily can also affect your mental health for several different reasons. Besides all the aforementioned negative effects it has on your body, an unhealthy diet won’t give you enough energy to face your day.

These two factors combined will highly increase the risk of depression. If you find all these changes on the human body fascinating and for some weird reason you would like to see what happens to someone that follows a fast-food-only diet, we recommend a film called Super Size Me.

This documentary released in 2004 follows the American film director Morgan Spurlock on his 30-day journey during which he only ate McDonald’s fast food. Every single meal. That included breakfast, lunch, and dinner – without ever ingesting other types of food, and accepting the “supersize” menu every time it was offered to him.

That’s more than 5,000 kcal a day. It’s really interesting to see how quickly an unhealthy diet can transform the human body and deteriorate its health, and it offers great insight into the dangers of fast food.

Spurlock was trying to prove a point: that the emergence of fast food companies over the past decades had majorly influenced the obesity epidemic the United States of America was (and still is) facing.

What happened during the month of the experiment was truly shocking, and even surprised his physicians. He had gained about 24.5 pounds (11 kg) at the end of the month, lost muscle mass, experienced depression and headaches, lost energy and sexual drive.

On day 21, he even had to see a doctor due to heart palpitations – at that point, his doctor recommended him to stop the experiment to avoid severe health issues.

Fun fact: the documentary led McDonald’s to discontinue its supersized menu – a 42-ounce cup of Coke that contained 410 calories, and 7 ounces of French fries that accounted for 610 calories and 29 grams of fat.

That’s a lot. The moral of the story is that the consumption of fast food should be quite moderate. But if you really like hamburgers, you can eat them more regularly if you take the French fries and the soda from the equation. Opt for a salad and water instead. 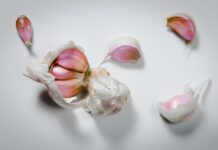 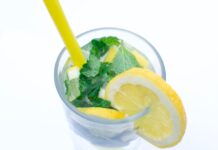 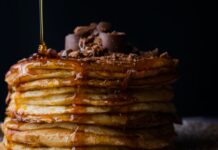